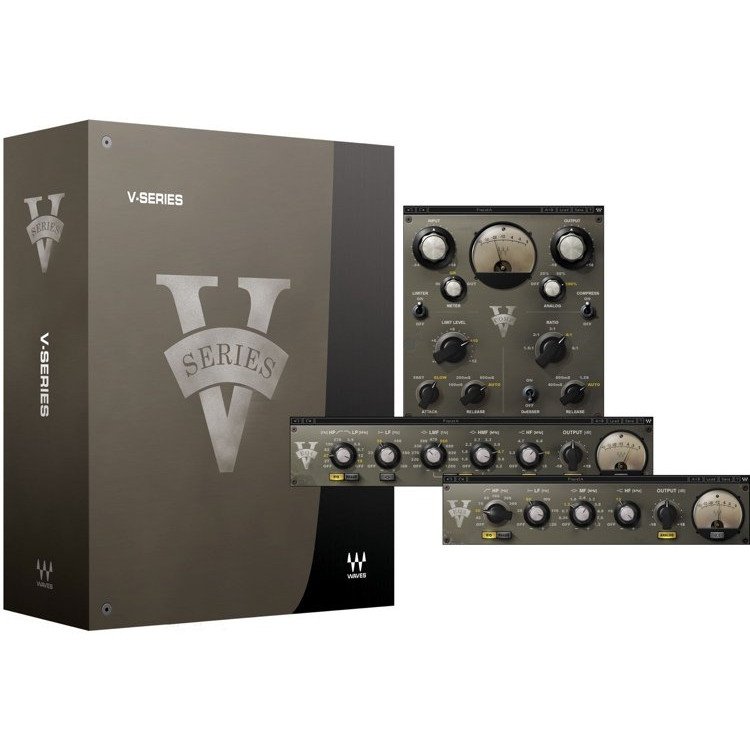 Three state-of-the-art, vintage-modeled EQ and compression plugins, bringing the big-budget sound of the world’s most prestigious recording studios to your DAW.

The legendary console sound, sought after by engineers and mixers around the world for over half a century, is now at your fingertips in the V-Series bundle. The original units are known for their unique, transformer-driven sound which, when pushed, imparts a rich and “big” analog vibe to recordings – a tone that shaped generations of popular music.

The V-Series includes three plugins: two EQs and one compressor.

The V-EQ3 is an accurate emulation of the 1066 and 1073 console EQs with Class A circuit designs, while the V-EQ4 is modeled after the 1081 model’s Class AB design. Both EQs provide distinctively rich tonal color to any music being run through them, even when using very slight EQ moves. The two models boast a unique ability to enhance the mid-range, add high-end sparkle, and give “body” to the source.

The V-Comp is modeled after the discrete Class A circuit design of the classic 2254 console compressor. Using time constants and a fixed nominal output gain, the creamy tone of the unit is a known classic for gluing mixes together and providing a thick and “round” sound to recordings.

SPL have this week just fully upgraded to the WAVES Diamond Packed as well as investing in a while load of other plugins.

73 audio mixing and mastering plugins, from dynamics, EQ and reverb to pitch correction, spatial imaging and beyond. A must-have for every serious studio.

Diamond includes all the plugins found in our Platinum, Restoration, and Transform bundles, as well as V-Comp, L3 Multimaximizer, NLS Non-Linear Summer, and more. 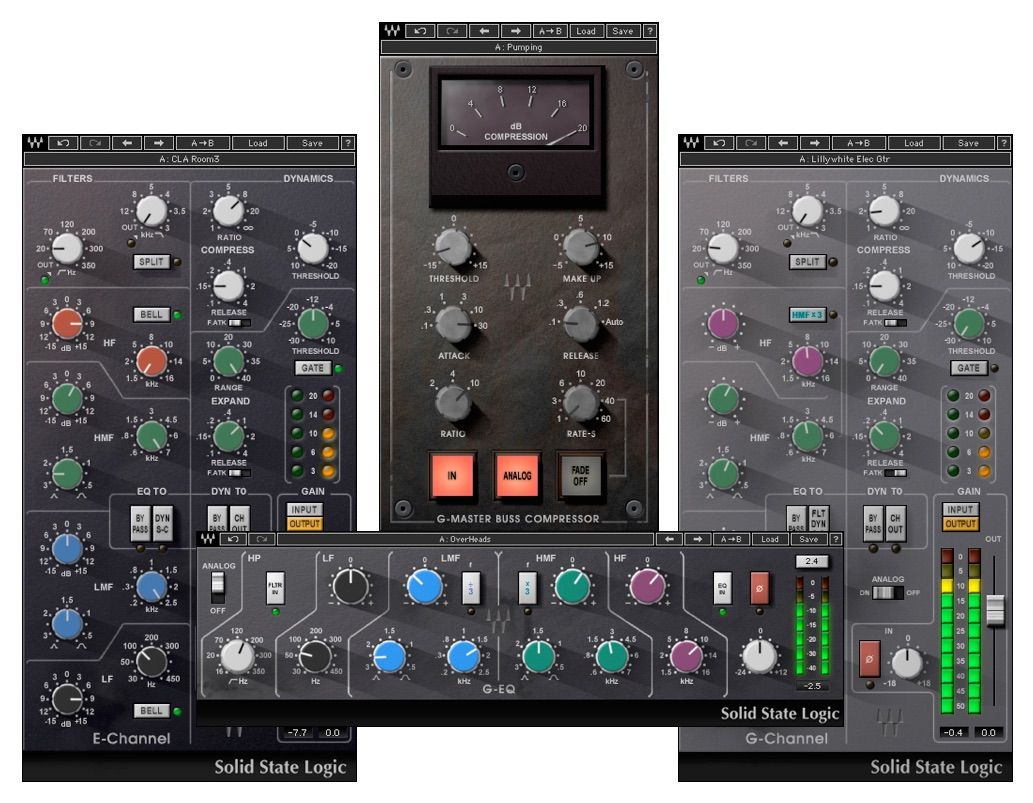 These plugins sound so close to the original consoles, even experts who work with SSL boards day in and day out can’t tell the difference. With the EQ and dynamics of the vintage SSL mixers at your fingertips, you can now give your mixes the SSL sound of the big studios.

Founded in the U.K. in 1969, Solid State Logic currently has over 3,000 SSL consoles in active use around the world. SSL’s reputation for hit-making sound is unsurpassed, having been used on hit recordings by Beyoncé, Bruce Springsteen, Taylor Swift, Madonna, the Rolling Stones, Sia and hundreds of others. Of all these consoles, the SSL 4000 may be the most famous. With the Waves SSL 4000 Collection, the classic SSL 4000 sound can now be yours.